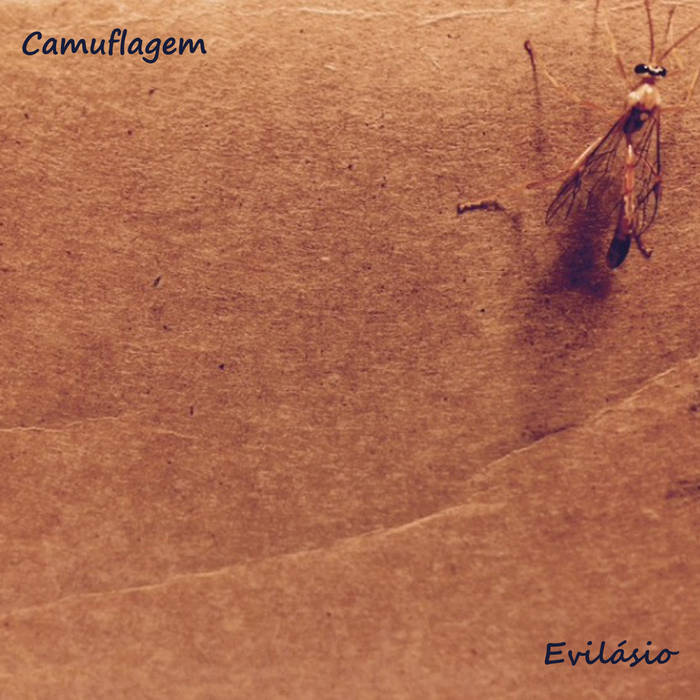 Camouflage is a resource resulting from the action of natural selection used by various species to protect themselves.

"Camuflagem" is my 13th album. Like all my works, this album expresses a phase of my life. This time, I tried to covertly express my desire to hide to protect myself from mobbing at my job, at a Federal University of Brazil. One performance was recorded at once time and then each theme was edited separately in an attempt that each song could be played indefinitely in loop. The beginning of each theme is the end of the previous theme, and the end of the last theme is the beginning of the first, making the album into multiple loops or a single large loop.

In short, this is what I can say about this work. The difficulty in talking about my creation made me ask for the opinion of a friend who accompanied the performance. Here is the opinion of my Polish friend:

“Traditionally coming from the direct relationship of music by organic instruments and physical timbres, Evilásio throws himself into the unknown, camouflaging himself. When recording within his own home, the author plays in leisure and comfort. The possibilities of the new technologies of timbres and beats and what else you hear in this work, reflects the moment of the author's life, as well as his ability to adapt to modernity like a real chameleon. Nuances that make you see colors and varied sensations through its timbres and beats in a punctual robe with what he grabbed at the moment. "Camuflagem" can be a subtle infinite looping suggested by the artist, according to the perceptiveness and intelligence of the listener, or even the catapult that throws you into an instigating plot action scene or even a stroll through some indigenous kaingang reservation, a Umbanda ritual or urban center where you hurriedly walk, leaving most of the beautiful details where you went, camouflaged in your head, to remember later.”