by Eagleclaw Ghost of Fulci 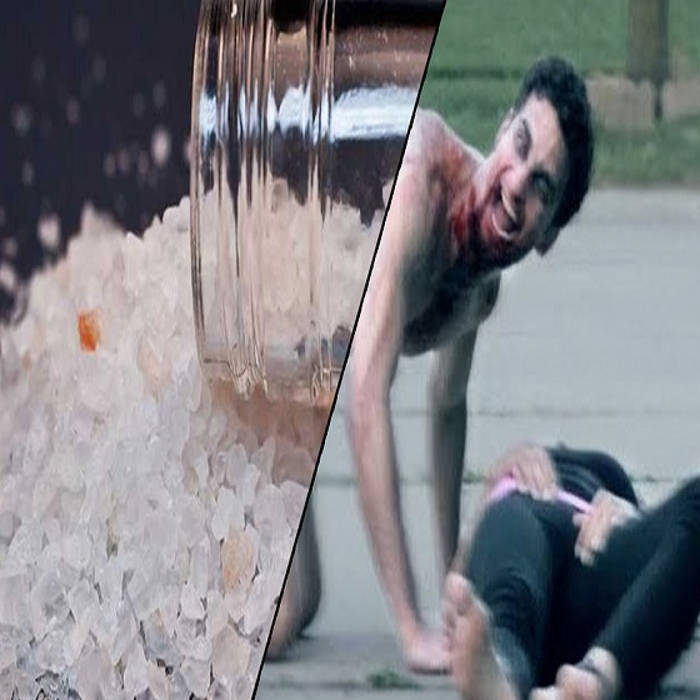 
:>'Death to the Weird and the Lame. eh !' what about the Crippled and the Doomed. ? Fuck The Doomed. Buller. Fuck the Doomed .<:


This is a true Headline/Byline. with a Happy ending, probably not for the 'Bath Salter', specially when he sobered up. and Why does being a cross dresser have anything to do with it?, except to make for a stranger headline and make the Rhythmic flow copacetic as great headlines do.

N.B Gonzo is applied to the following text.

This is an E.P by East Suffolk UK Avant band: The Eagleclaw Ghost of Fulci.

A mix of 'audio finds' by Dr.Hunter s Thompson, News reports on the Florida Flakka Crisis and their own backing music for said audio.

For the Flakka story, it had already played out by the time Colematics got to it and they were already researching scopolamine for a Zombie piece they were doing, then came across the initial report of Austin Farou.

The whole thing looked like a zombie Movie, the photo of the face eating guy, is not believed. the team thought it was a still from 'Dawn of the Dead 2004'. And watching all the flakka footage, it truly looked like the end of times and that Bedlam was upon Florida. it came to them as a flash.

the only man who could write this. Colematics Rep, Naria Jesus said. she could see the story as if she was actually reading it. along with the Steadman drawings. Hodere.

Something like 'A dog took My place' but with the cold hearted savagery of ' Let the Trials Begin' but instead of the Rich or'waterhead' Convicts the Doc would have to get down with the Gravel Heads of Florida. 'A savage Jolt' It would have been.
but...alas.

The Light of the 'Shining Path' was never brighter.

His Life was his Art. As it became when he first put himself into the story.. and. straight into uncharted Territory in any medium. in those days and even now... Gaze Ye Mighty, and despair! ... 'Art isn't art unless it's sold, Ralph'. I paraphrase.

He had unleashed a vast and powerful Force. A Bequemoth, no ? much more than He realised, A whole new medium not truly understood to this day.

It always seemed to the Claw that the Book was the just the Pinnacle, the Tip of a Huge Iceberg, i.e the preamble. all the 'supporting files' as they call them. there was much more needed to really understand the Book in question and the Larger whole that is Gonzo. ,,ah,.the possibilities of the thing.

A religon perhaps. The Church of Gonzo. in fact. No. There was no time to ponder on a Cult. Leave that to Manson, or Tim Leary or Anton LaVey. of course. it had to be done NOW. Bugger the thinking. so... how to soar with the Pig and wallow with the Eagle ?

Well, who cares ?. After the dust settled in Crazy Town, the main 'Face Eating' Flakka cases were absolutely clean of any A-PVP or drug of that sort and flesh eating Zombies did not and still do not rule the Streets. so why did the press froth at the mouth so? The Need for a cheap drug scare story to boost ratings or sell papers. ? A Deterrent? A Political Tactic to draw attention away from some other Horror. Hmm, well. what do we have.

A Cheap Powerful new drug ($5 Insanity), A drug that can steal your mind in an instant, the worst PCP like behavior but with an added Homicidal lust for Human flesh.

The Living Dead stalking the streets, snarling and biting the faces off of random People, the Press breathing Fire, Someone call out the National Guard !! ? but.where are the tox reports ?

What we did, in true Gonzo style, was lash together some of the Doctor's speeches, interviews and talks that bear no relation to each other or anything else, add in some of our Crazy shit. Throw in some ancient voodoo and horn huge piles of A-PVP (DXM in our case) into the Golden Death Udders Maw and . ..
Aiiieeehhh !! Yeesss. We see it all very clearly Now.

Get the Limpet Mines! The walls are closing in! Everything is sand and melting. why are you shrinking ! whose hands are these ? Then whose are those ? bring the Leeches, God Damnit ! Who is after us> Bolt the doors! turn on the Sensors and the Electric Fence! Fire up the Saws!, Load the Guns and wait. Angry, awake and trembled. Are they armed to the Teeth ?..... No ! don't answer the Phone, you Fool. All lines are tapped. Your words will later haunt you in Court. Mother of God ! Be Careful with that ! that is a fully loaded Eagle Squealer!. They are Going to the Mat with us. Buller!.Where is the Bomb ? We must Flee! They will soon be upon us.... How Long. before we go crazy from that stuff we had to eat ?

No, No. A thrice No. that is the Doktor's Brain Rhythms at work. Not ours. We are calm and in control. Not flapping around like some beheaded Goose. We must write the music and wrap this, Tout de Suite. and that is what we did.

So, in the hysteria of the Flakka Frenzy, there were no actual facts, just reports of face eating Zombies and videos of bendy naked people running at high speed into parked cars. and Killing Pygmy Goats.

There's the tragedy of it , the infinitesimal buggering queerity of it all. the goat died of agressive sodom.

well, i'l bet that came as a bit of a surprise. I'm sure.

Chewing Grass one minute. Hostile Rectal invasion the next.
I'm sorry........sorry! My Father was kicked by Goats . I don't like fucking Goats. I think perhaps Satan was right. Slaughter thee lot of them. and don't forget to 'roger' them first or during or after or all three. if you pursue....

We are Waiting on Toxicology. right !. thanks.

The Flakka Explosion was 'Reefer Madness' tailored for Modern times. to keep the people confused and frightened. so they will not rise up !!! and seize the Reigns of Power ! . Who benefited from it ? what was the Kingpin Act - who was Bo Peng ? the new Ming the Merciless ?. Perfect evil Chinese Druglord preying on innocent Americans, ha!

.and then, on to the next random scandal. the real criminals will get away with it because in this day and age the 'National Enquirer'style of journalism prevails. A real story can be byzantine, people will tune out or get bored and stop reading. The Claw reads the Enquirer like a religous book, but like to think about the other too. It has become a disease here in UK. like in the U.S. and globally.

Damnit, Doctor, Settle down. We are the voice of Reason. You have hit the seam on this one. Let's take this to the top and Nail the Buggers to the Wall.

They never nailed anyone. as this is an cheap Hallucination. a'what if' .In fact another Distraction. The Eagleclaw are filthy East Suffolk dadaist freaks who make music,love a juicy drug story, celeb meltdowns, mindless shocktastics and admire the writings of the Doctor. no different from anyone raally/. we just admit it.

Hope you enjoy this work as much as they/we did making it.

I love it. its off the freaking hook. Reaally Crank it up and you will see.

Epilouge/Obituaries for the Fallen - She was Blind, Retarded and drunk and Ugly but had Massive Tits, so I Fucked her anyway - Ay Vey ! I told him it was Wrong to even think of a filthy thing like that.

like my Pop, Tupac and Biggie and all others,The Doc is still with us. Yes, they all live on within us and their weirdness Lingers. tainting and enriching us everyday and forever. How bout those apples? enh ? How is that for Thunderbird Writing ?.

If you like Cross Dressing Man in Bra and Panties and High on Bath Salts Kills Neighbour's Pygmy Goat, you may also like: