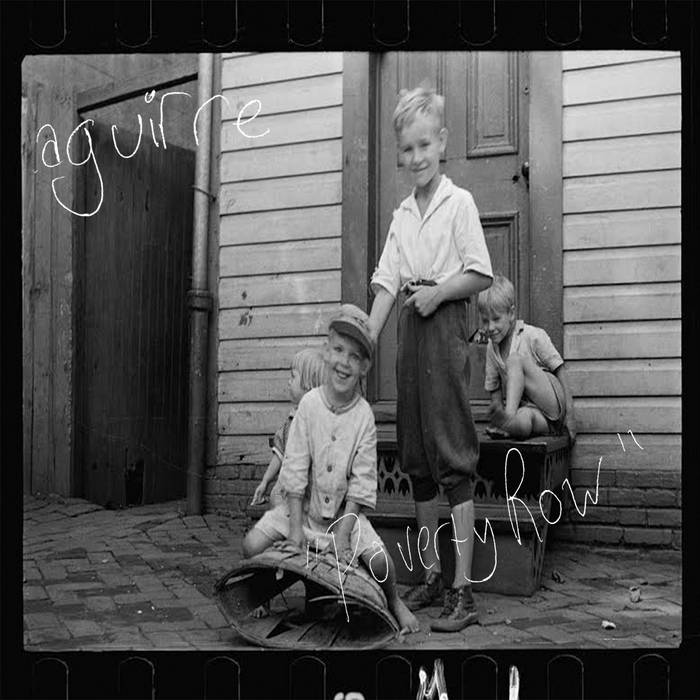 Lyrics by Patrick Flynn, Music by Aguirre
*Poverty Row was recorded between March and Hune of 2015 at Bedside Manner in Oak Ridge NJ. It was mixed and mastered in August 2015 by Kevin Carafa in Portland, Oregon.


All Photos used as artwork are by Carl Mydans. Reprinted by Permission by the Library of Congress.


"We began as wanderers, and we are wanderers still"