by The Noise Eating Monsters 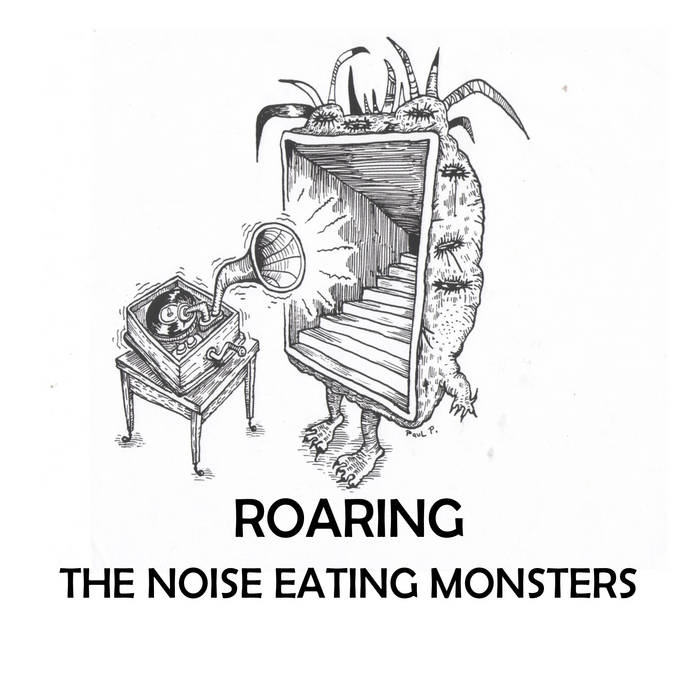 The Noise Eating Monsters play rants, roars and grooves, creating an improvised music that draws on their roots in thrash metal, free jazz, noise and dub. ‘Roaring’ is their second album for Mute Ant.

‘Mean, moody and magnificent, the improv power trio of the year’ A Jazz Noise

Making a deliriously rhythmic racket the band’s collective credits range from Squarepusher through Derek Bailey to Lee ‘Scratch’ Perry. The band comprises Alex Ward on guitar, Alex Thomas, drums and Tim Hill baritone Sax. On the new album the band concentrate on shorter punchier tracks plus two longer pieces that show gentler side to the monsters before succumbing to a hail of noise

The band’s first release on the New York label was acclaimed as one of the albums of 2017 by A Jazz Noise.

Alex Ward is a major figure in the British free improvisation scene, cutting his teeth with guitar maestro Derek Bailey. A composer, improviser and performing musician, his main instruments are guitar and clarinet. Alex Ward is currently touring in avant-garde supergroup This Not This Heat. Alex is one of comedian Stewart Lee’s favorite musicians

"...guitarist Alex Ward [is] a compulsively creative polymath of indiscriminately omnivorous appetite ... a reliably unpredictable axe-hero for collaborators of all backgrounds."

“An agile and imaginative soloist… he plays with a visceral power that is hard to resist” www.thejazzmann.com