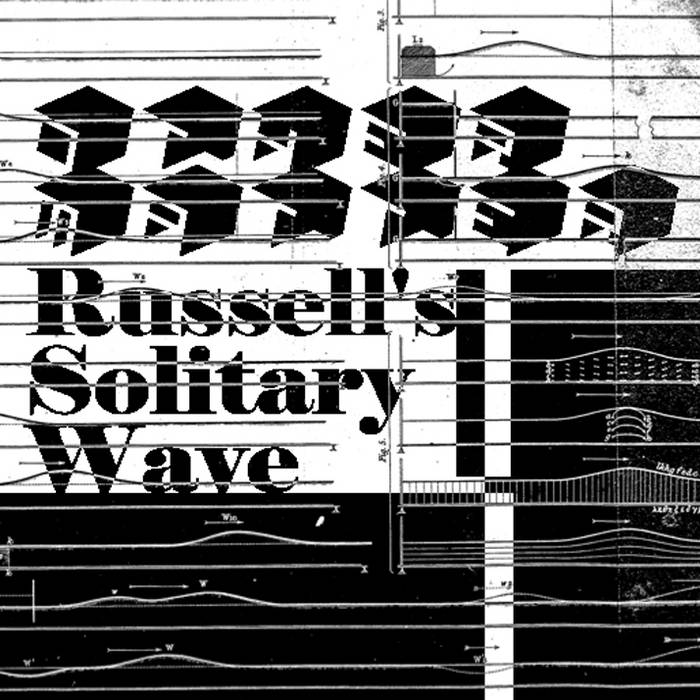 In 1834, while conducting experiments to determine the most efficient design for canal boats, he discovered a phenomenon that he described as the wave of translation. In fluid dynamics the wave is now called Russell's solitary wave. The discovery is described here in his own words:[7][8]

I was observing the motion of a boat which was rapidly drawn along a narrow channel by a pair of horses, when the boat suddenly stopped—not so the mass of water in the channel which it had put in motion; it accumulated round the prow of the vessel in a state of violent agitation, then suddenly leaving it behind, rolled forward with great velocity, assuming the form of a large solitary elevation, a rounded, smooth and well-defined heap of water, which continued its course along the channel apparently without change of form or diminution of speed. I followed it on horseback, and overtook it still rolling on at a rate of some eight or nine miles an hour [14 km/h], preserving its original figure some thirty feet [9 m] long and a foot to a foot and a half [300−450 mm] in height. Its height gradually diminished, and after a chase of one or two miles [2–3 km] I lost it in the windings of the channel. Such, in the month of August 1834, was my first chance interview with that singular and beautiful phenomenon which I have called the Wave of Translation.

Scott Russell spent some time making practical and theoretical investigations of these waves. He built wave tanks at his home and noticed some key properties:

The waves are stable, and can travel over very large distances (normal waves would tend to either flatten out, or steepen and topple over)
The speed depends on the size of the wave, and its width on the depth of water.
Unlike normal waves they will never merge—so a small wave is overtaken by a large one, rather than the two combining.
If a wave is too big for the depth of water, it splits into two, one big and one small.

Together as Other Matter since 2011, they are wandering the dreary toxic spaces above, witnessing to the weakness of the human mind confronted with, and ultimately defeated by, the darkness, all darkness